This question has been faced by countless brewers over the past 20 years in Australia and surrounding areas. Many, especially at the start of the craft beer movement, have resorted to the cheapest brewery as possible maybe because that’s what they did when they first stated homebrewing. But commercial brewing is NOT homebrewing. It is a serious business and like any business it should treated as such because you don’t … Read more

Check out some of these breweries in Italy. View this email in your browser Have you visited Microbreweries when you travel? I’ve just come back from overseas. In fact I traveled all over Sicily and southern parts of mainland Italy. Sicily is my place of origin as my parents came from a village called Valguarnera. It happens to be the same town Tina Arena’s parents come from. I can say that I now traveled … Read more

You will get a head start on starting your own microbrewery that will deliver not only the right quality beer and get you making it with the right equipment but guide you in those early preparation steps to do with business models, licencing, business plans and setting up protocols in the brewery! This package aims to deliver the following 13 critical items; the 12 steps to staring your own microbrewery … Read more

Attaining knowledge is obviously important in all human endeavours. But what is more important is Acting on that knowledge. But something holds us back from always acting on new found knowledge and wisdom.

In brewing beer we hear it all the time that “I’ve done it that way all my life” so why should I change? Sometimes our ego takes over and when that happens we close our mind to possibilities that would otherwise expand and improve our brewing.

And other times we have self-limiting beliefs (that little person residing in our head) that won’t allow us to exceed our own expectations. Albert Einstein said it well when he said “ Insanity: doing the same thing over and over again and expecting different results. 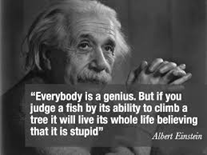 I have come to realise that those that are successful in brewing (or any other pursuit) push the boundaries of their mind, not just their ability to get things done.

So what makes a successful brewer? I think that the first and foremost response to that question is to look inside your head and heart. Are you committed to your vision and the goals you have set? If so how will you get there and in what time-frame. What is holding you back from even getting started? This can be a spooky question for some and often has to do with your values and beliefs. 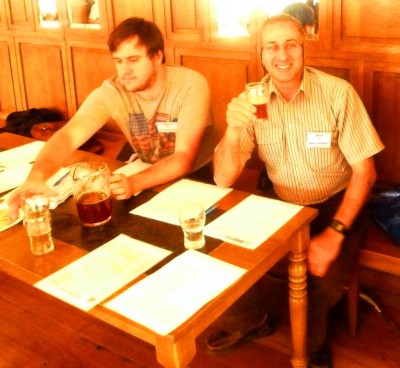 Get this right and you will be one of the few brewers that will brew consistent beer with a long shelf life.

Ok, now that I’ve got your attention, you might be saying that there are many factors that contribute to a successful running of a craft brewery. And I agree with you wholeheartedly.

However, the importance of what I am talking about is often underestimated and should you go into starting your own little brewery or are already running one this little bit of information could determine your survival in the next decade.

It is related to the fact that most craft brewed beer on the Australian market taste and smell differently once they leave the brewery and sit in a bottle shop!  And worse still these changes can be noticed within a month of leaving the brewery. 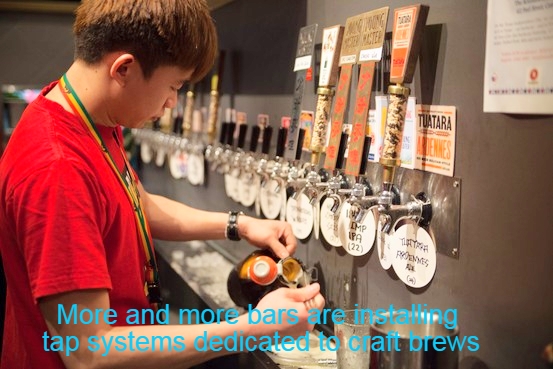 Homebrewing interest and Craft brewing beer are becoming more popular in Asia. China is already the largest consumer of beer in the world so what does that say for craft beer?

A New Era Opens Up in Asia

Craft Brewing gains popularity. Will this be the next beer revolution?

There are a number of changes happening in various Asian countries like Singapore, Japan, Hong Kong, China and South Korea that indicate a new revolution is about to happen in the craft beer movement.
The population of Asia is estimated to be 4,426,683,000 in 2014.- http://www.worldpopulationstatistics.com

China has the world’s largest population, estimated at 1.35 billion people according to the same source.
China already produces the largest volume of beer of any country, although the per capita consumption of beer is quite low.
So even if there is a modest percentage growth in beer consumption it equates to very large volumes of craft beer. 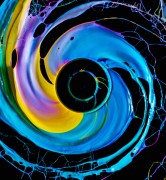 Brewing Science Or Brewing Art?
Which is more important?
I have always been of the belief that brewing science is paramount to producing an excellent beer.

After all, if you don’t understand what you are making and how to make it how can you succeed? And with my training in a large brewery this may well be the case.

But I now believe it is more complex than that. 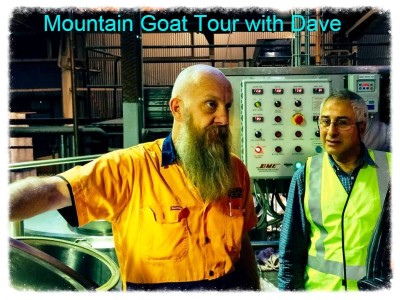 See what the traps are before even considering to set up your microbrewery.

Dreaming of setting up a microbrewery is fine but the actuality of doing so can take its toll and even discourage you finishing the task.

Homebrewers are beginning to see the need to filter some beers to attain some level of clarity. But does it not remove flavour from beer? We discuss the issue here and also see if the beer is impaired in anyway by filtering.

Many Homebrewers who enter the microbrewing scene may believe that all they have to do to be successful is replicate their home brewing systems and recipes on a larger scale. But is this folly? What issues must one consider to avoid any traps, if any? 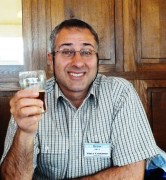 When I volunteered to be a judge at the VicBrew homebrewing competition some years ago I was expecting variable beers at best.

Being on the judging panel (with 2 other judges) for APA I quickly found that the level of beers presented were quite good.

However, I did pick out a common trait with many of the beers I tasted and that was the “aged” character in many of the beers. My fellow judges did not necessarily pick this trait in any beer.